I was angry, oh yes, ANGRY.

You see I thought I was two pounds from my goal weight.  Well, 2.6 pounds.  I thought I might have it.  I thought when I stepped on that scale I might hear them shout goal and confetti would come out of the sky and Oprah would give me the keys to a new car.

Well of course that wouldn’t all happen but I would have made goal.

Did I ever tell you I’m a goal oriented type of person.  I like to ACHIEVE, which is probably why Weight Watchers works so well for me.

Anyway, so I’m about to get on the scale and I tell the receptionist that I think I might have it or will only be a few tenths away and she asks how tall I am and it turns out the last receptionist figured out my goal weight wrong and I’m really 3.6 pounds away.  Phew.

I know, I know….I’m doing this for my health blah flippin’ blah.

So what’s one pound, right?  It’s nothing in the scheme of things, and I’m angry at myself for being angry.

I still got angry in spite of myself.  So I have to lose 2 more pounds instead of 1 pound to get to goal.  Big deal, right?

Well Weight Watchers may be all “BEYOND THE SCALE” now but guess what….That scale is still there and it still dictates when you are at goal and when you are at lifetime.

It’s just going to take me an extra week or two.  Let me tell you, when you get to the bottom of the barrel weight wise it is not that easy.

I’m technically not even at the bottom of my barrel.  I’m shooting for the highest weight in my “normal” range for my height and age, and my doctor agrees.  I will definitely always be more Marilyn than Twiggy.

Nope, not mine.  Not going anywhere anytime soon, and the more weight I lose the more like a cartoon character I become.

I supposed it is something my Type A personality needs to deal with somehow.  It makes you wonder though, is it really for health?  If I’m so worried about a number on a freakin’ scale would it mean I’m not into body acceptance?

The body acceptance people would say absolutely not, because if you are trying to lose weight most of them say you cannot truly be accepting of your body.  They say that health isn’t a reason because thin people also get diabetes, heart disease, cancer and the like so they don’t believe there is any proof that being overweight causes health issues.

Well sober people get in car wrecks too, but that doesn’t mean it’s a good idea to drink and drive.

I mean it’s not like if I lost 1 pound I’d be perfect.  Even perfect people aren’t perfect.  Heck even regular people don’t look like they do in real life on the Internet anymore, except for maybe me because I ain’t got time for all that filter and thinning and shading.  Forget that.  me is me.

Well this has just become a rambling mess but I feel better.  So I have to lose two pounds more, I’m really mad at that other pound, but I will do it.

Oh yes I will. 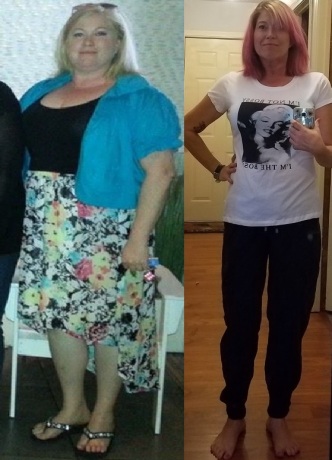