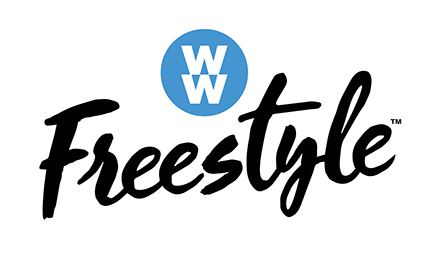 Well now they’ve gone and done it.  30 Smartpoints is no more, making my blog name out of date.

It’s okay though.  30 Smartpoints got me to where I am, so I’ll wear my old-fashioned name like a badge of honor!

Weigh in was good as I was down .4.  I’ve slowly been creeping to 65 pounds lost, which isn’t my goal but the body wants what the body wants.  I’m currently 5 pounds under said goal, so Imma keep doin’ what I’m doin’ and see how it all shakes out.

Except there is a new plan.

But the old plan works great.

Then I think about when they changed to Smartpoints.

I was pissed off.  I was convinced WW was secretly trying to make me one of the low carb people.  I am so not a low carb person.

So I quit.  Well, I didn’t quit technically I just kept paying and was “doing it myself”.

Which of course led to zero weight loss and a bit of a gain.  Once I finally came back I had had it and decided to give it my all and totally surrender to the Weight Watcher Scientists.

And I made goal.  For the first time ever. After 15 or so odd years of going back and forth with this.

I put blind trust in them before and I’m going to do it again.

I know what the alternative gets me.

It’s funny, because the best I’ve ever felt wasn’t doing Smartpoints, even though I got down to my goal weight.

No, the best I ever felt was when Weight Watchers had the “Core” program, which is a lot like Simply Filling.  My leader at the time suggested it because I was kind of stagnant for awhile.  It was new and she talked me into it.

I felt amazing while I did Core.  The only points you had were your weekly extras, kind of like how it is now.  I pretty much give the Core program credit for why I didn’t gain all my weight back when I quit like most statics say happen.  Sure I gained some of it back, but not all of it, and the good eating choices I learned with Core stayed with me.

I’m going to say it right now – this new Freestyle is like a forced Core Program.

Yeah, you can have your treats, but not All. The. Time.

That’s real the real world people.  Funny story for you – After you’ve lost a bunch of weight like I have you are bound to have people come into your life that have no idea that you’ve lost a ton of weight.

So this girl that’s new to my work made the comment, “God you naturally thin people make me sick.  You just can eat whatever you want.”

Now I had to take a moment to look around the room and make sure she was talking to me, and since I was the only one there I knew it was me.  So I asked her what gave her that impression?

She sited a birthday party and another holiday celebration where I had (or so it seemed) anything I wanted.

The look on her face was pretty priceless when I told her I’ve lost almost 65 pounds and am most certainly not “naturally thin”.

So why’d I throw this little tidbit in there?  You may think that everyone that is thin but has this super fast metabolism.

That’s not true.  Probably for the huge majority of people that are in a healthy weight range.  Either they are in tune with what their body needs or they work at it.  Sure if someone sees me eating cake they may think “Damn she eats that and wears a size 6” but they don’t know that I planned for that sliver of cake all damn week.

It is life and it is just the way it is.

I’m telling you – give this two weeks.  Just two weeks of doing what they tell you to do and I’ll bet the farm that you won’t be sorry.