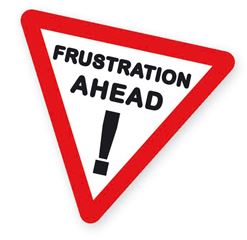 So your foray into (insert diet plan name here) is not working.  You aren’t losing, or aren’t losing as much as you used to lose when you did this before.

I’m coming up to a year of being back on the wagon with Weight Watchers, and I found myself in the position just a few months after my restart, before I started this blog.  I mean when I did it in the past the weight just fell off me.  Like 3 or 4 pounds a week  (which isn’t healthy btw and probably why I didn’t keep it off).

This time is was more like a pound or two a week during the first couple of months, but then I started seeing losses that were like .2 pounds.  .4 pounds.  0 pounds.

So it’s human nature to try and find a reason why.  Surely it must be that something is different.  That something is preventing us from losing the weight like we used to lose it.

So I started paying attention.  I’m going to refer to what I found in calories for this post, because a lot of people that read me do not follow Weight Watchers.  I’m a cheerleader in doing what works for you, so I hope this can help anyone who is stuck.

I would not do well in prison.

So I took a look at my coffee creamer.  It worked out perfectly because I had just bought a new bottle.  I would just dump it, and it was sugar free so I didn’t really count it.  I mean the calories were like 30 a serving so I figured ah, it’d be free anyway.

Since I didn’t know how much I was dumping I came to the conclusion that I went through 1 of these a week.  So I looked at the nutritional information on the back so see how many calories were in the whole bottle, not just a serving.

That deserves all caps.

ONE THOUSAND EIGHT HUNDRED AND FIFTY.

The “serving” was two teaspoons.  Two freaking teaspoons.  That is absolutely nothing compared to what I was using, for that I was sure.

Now I know everyone is different and has different metabolic rates blah blah freakin’ blah.

I was consuming over a 1/2 pound of calories without including it in my diet plan.  So being the big math nerd that I am I started looking at a few other things I wasn’t exactly counting.

I have an oil mister.  One spray is about 1/4 teaspoon of oil.  One spray would be fine, but over time I was doing more than one spray.  Like maybe 6 sprays, which is a teaspoon and a half of olive oil.

That’s 60 calories, which doesn’t seem that bad, until I thought I did that probably at least 5 times a week.

Let’s go on to Mayo, shall we?  So A tablespoon of light mayo is 35 calories.  I assumed it would be free for the Smartpoint program.

I was wrong, and I was probably going over that tablespoon too, because I had stopped measuring because surely I wasn’t using a whole tablespoon on a sandwich.

You would be surprised how little a tablespoon covers a piece of bread, so I was probably guestimating it as one, for one Smartpoint, but was really using about 2 tablespoons which was 3 Smartpoints.  Sometimes Weight Watcher math really sucks.

So that was 70 calories not included in my diet plan, which if I had to guess happened 3 times a week.

Now all of this doesn’t even begin to add up the other things – the sugar free pancake syrup that was 1 point (for 1/4 of a cup) which I’m sure I used way more than that.  Different jellies, butter, and all sorts of condiments.

When you start adding those things up they really ADD UP.

I mean without counting all the little things like condiments I was already up to about 2,400 calories a week that I wasn’t counting.

I was upset that I was not losing like I did before.  Hell I should have been doing a happy dance that I was losing at all!

I’m sure I was easily reaching that magic 3,500 number in calories – every. single. week.

This made me come to the hard conclusion that it wasn’t that my program wasn’t working, it was that I was not working my program.

It sucks to be wrong.  It is so much easier to make excuses like “Oh I could do this before and drop pounds like they were hot” or “It is because I am older” or “my hormones must be out of wack” or “this new program sucks”.

So I went back to my original “I’m going to do this program exactly how it is written for 2 weeks” plan.  I’m pretty sure I’ve talked about this on here before, but here’s a recap:

I think you should always do a program for 2 weeks before making judgement because our bodies suck ass and will sometimes not reveal the damage until a week later.

So if you had a seriously crappy week before you start a program, it might show up that next week after you’ve been good and completely discourage you.

I did it, and my losses ramped right back up to at least 2 pounds a week until I hit goal.  I never hit the dreaded plateau.  We get so comfortable that these little “tweaks” are bound to sneak in.

Do it for 2 weeks.  We are human.  We have all done more difficult things than following a diet plan for 2 weeks.

So starting today, not tomorrow, not next week….TODAY I’m back at it – following my program as written for 2 weeks.

Would you like to join me?  Put it in the comments.  Write it down.  Take the pledge.

I know you can do this. 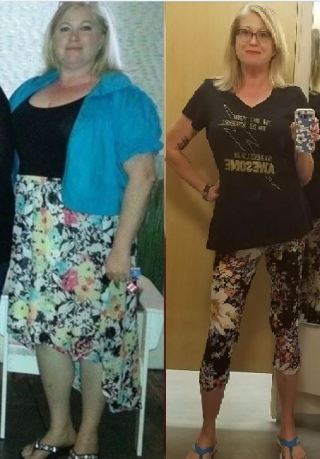